History of the fireplace

Our obsession with fire is deep-rooted. It was something we had to learn how to make and it changed the way we lived: our diet, the way we protected ourselves, and our human behaviour. We were suddenly able to live past sunset into the night, and gather around the flames that gave us light, warmth, a means of cooking – and comfort. Here, we explain more about the history of the fireplace and how it came to be the heart of the home.

If we take a look at the very early examples of the fire in the home, we find ourselves in 500 BC at the time of the Celts in a small cramped peasant’s hut. In the centre of this meagre dwelling, there is a basic fire pit and a hole in the roof to expel the smoke while peasants gather around to keep warm. This use of the fire was, fundamentally, for survival.

Fast-forward to the Romans’ later advancements and we see something far different from the Celts’ very rudimental presentation of the fire. The Romans bring one of many innovations – an early central heating system known as Hypocaust. The hypocaust worked by using furnaces under the floors in buildings, circulating hot air beneath rooms and within the surrounding walls. Installing a hypocaust system was expensive.

It required slaves to be paid to fuel the furnaces with firewood, the floors to be raised from the ground by pillars, and to retain the heat the walls were often made of ceramic tiles. To ensure that the smoke did not leak into the rooms, there were also flues inside the walls allowing gases and hot air to be expelled from the roof. Fireplaces were also used in Roman bakeries, with flues that provided a means for smoke to escape outdoors. These inventions were all seemingly ahead of their time.

Yet with the fall of the Roman Empire came the loss of these innovations for years, and Medieval England saw a plunge back to basics that matched the simplicity of fire seen by the Celts hundreds of years before.

It was not until the introduction of double-storey houses that the fire moved from a central hearth location. Two-storey houses called for new technology. Fire pits were replaced with fireplaces and were situated along an edge wall rather than the pit in the middle of the room. As a result of this, the chimney was invented to draw the smoke outside vertically, and it now became possible to include a fireplace on each floor.

Between the late 1600s and the 1900s, the fire evolved significantly. Firstly, there was Prince Rupert of the Rhine’s invention: the elevated fireplace grate. This grate allowed air to circulate beneath the fire, fuelling it from below.

Perhaps the most significant moment of this timescale was the revolutionary invention made by Benjamin Franklin: the Franklin Stove, or Pennsylvania fireplace. A freestanding cast iron stove, this creation proved the possibilities of future efficiencies. Providing twice as much heat output using a quarter of the fuel, this stove was vastly more energy-efficient, paving the way to future developments. One of Stovax’s earlier models called the Regency was based on this design!

The heart of the home

By the 1900s, the fire or fireplace became something of an interior design and aesthetic focus. Social and popular culture changes described the fire in the home as something that evoked feelings of warmth, togetherness and family.

Sustainability and more eco-conscious solutions started to become the talk of homeowners, who were increasingly seeking affordable, environmentally-considered options across a range of real flame and fuel-effect stoves and fires.

Today, the fire brings with it a vast portfolio of products, from wood burning and multi-fuel stoves and fires to gas log burners and electric models. We love the idea of gathering around the fire to enjoy the ambience, homeliness and style it brings. We want to achieve hygge.

In fact, the fire is not always found in ‘conventional’ locations either – from bathrooms to barges, the fire becomes the centrepiece to many a quirky interior.

If you would like to add a fireplace, stove or fire to your home, speak to one of our approved expert retailers. 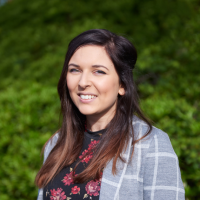 Get the latest from Stovax and Gazco

By subscribing to our mailing list, you agree to receive occasional updates and promotional materials from us. Rest assured that your data is safe with us and will never be shared with third parties. You may unsubscribe at any time by clicking the 'unsubscribe' link at the bottom of each email or by visiting our Privacy Policy page.